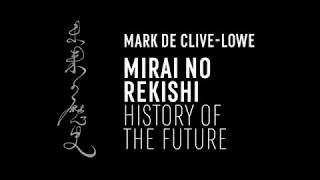 A sonic journey from ancient Japan to today and beyond...

Mirai no Rekishi is de Clive-Lowe’s ode to and exploration of his motherland - Japan. “It’s a musical journey delving into my own cultural heritage - using Japanese folk music as the starting point and interpolating it through the lens of jazz, hip hop and electronica. The project’s name encapsulates the idea that anything we perceive as being new is, by necessity, wholly informed by whatever has come before it. Nothing is entirely and solely new, and there’s a necessary continuum to all things. In order to go forward, we must understand and embrace our past,” de Clive-Lowe shares.

This performance is supported by Jewel Member Greg Salter. Artist travel is provided by United Airlines.