65-92: THE RHYTHM CHANGES BUT THE STRUGGLE REMAINS

65-92: THE RHYTHM CHANGES BUT THE STRUGGLE REMAINS
PHOTOS
Video 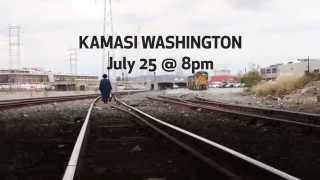 This event is part of our LOS ANGELES AFTERSHOCKS series, which focuses on the cultural aftershocks of the pivotal events in 1965 and 1992, and exemplifies how music, dialogue, and community celebration help us address racism in our city and nation. This series is supported by the National Endowment for the Arts and Sony Pictures Entertainment.

Bike valet sponsored by AARP in Los Angeles. This series presented in partnership with KPCC.

KPCC’s new series of "downSTAGE" talks take place with artists immediately before, during or following their performance. These hosted conversations occur in front of the live audience and are recorded and distributed on KPCC shows like Take Two and The Frame.