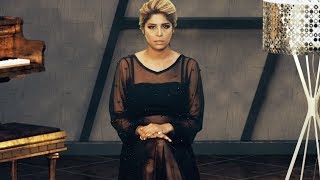 Known for her human rights advocacy, Sogand believes that “If I’m working on my music as an underground artist, it’s because I want to be the voice of the voiceless girls in Iran.” Sogand stylishly blends R&B, jazz, funk, blues, hip-hop, and pop into her music which she sings in Farsi and German. She was born into a musical family in Isfahan, Iran, but made Germany her home when she moved there at age five. She learned to love and respect Persian traditional music from her father. When she was 15, she joined her first band, “R&M”, as an R&B producer. A couple years later, she continued her career in Iranian hip-hop by forming the duo “Entegham” with Iranian female artist, Farinaz. Since then, she has been developing her musical voice as a solo artist and has partnered with a variety of artists, such as Erfan, Khashayar, Afar, Behzad, and Taham. Omid Walizadeh is an electronic music producer and DJ from Los Angeles. After 30 legendary years of producing music for major and underground artists such as Busdriver, 2Mex, Subtitle, and Awol One, he has also created music for television, and film. Utilizing the melodies of his childhood spent in Iran and the U.S., Omid presents a startlingly unique interpretation of the Persian-American diaspora. Omid’s performances are DJ sets blended with original beats, rare pre-revolution Iranian cassettes and vinyl records, and post-revolution “Tehrangeles” sources.

This performance is supported in part by Jewel Members Debbie and Leon Farahnik, Eleanor Portilla Maynard, and Karim Teymourtache. Artist travel provided by United Airlines. *All events, program information, and activities are subject to change without notice. Please check regularly for updates.